The Timetable for the Parliamentary UK General Election Has Been Published

The Electoral Commission has published the timetable for the UK General Election. The timetable is based on the assumption that the writ is received on the day following the dissolution of Parliament. 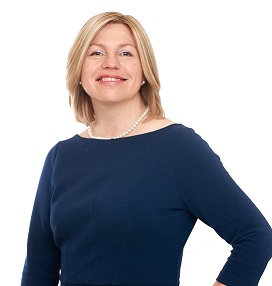 Standards. Who doesn't want standards in their local authority to be high, to be widely adopted and consistent across the tiers? Who doesn't want councillors to be both supported and assisted in their role to perform to the best of their ability, and held to account should that performance slide? Who doesn't want officers and clerks to be safe from bullying, and decisions to be free of conflict and bias? The draft LGA model Code of Conduct is tasked with delivering all these things.

The Committee on Standards in Public Life, who are undoubtedly growing weary with the lack of response from Government with respect to their Ethical Standards in Public Life report,have written to Robert Jenrick asking politely when they may expect to hear back, as its now been 18 months. As they say, demonstrable high standards are important in times of crisis. They have simultaneously written to Chief Executives to ask if the CSPL best practice recommendations have been adopted. The improvements sought by the CSPL are long overdue, and we all have a part to play in ensuring they come into fruition.

Everyone views the purpose of the Code from their personal perspective. For LLG, we look at whether standards are clearly explained, and expectations for behaviour set, in order that good decisions will be made and officers will be able to carry out their roles effectively whilstproperly protected.

The LGA, from their perspective, look to provide some support and protection to councillors through the inclusion of the requirement for civility. The use of the word 'civility' in the draft code has raised some eyebrows, with many stakeholders preferring the word 'respect' which creates a stronger impression of the behaviour required. The LGA decided to use 'civility' against the backdrop of their work on Civility in Public Life which looked at the issues councillors faced with respect to public harassment and attacks on social media, and not without cause; – this week a labour councillor in Kensington and Chelsea was firebombed in his own home.

The Government too must play their part. A Code without sanctions is a code without teeth. A code without statutory protection for officers does not afford much needed protection for monitoring officers who sometimes need to be brave and hold their local authority to account, without fear of it being career limiting. Indeed, your recent responses to our survey showed overwhelming support for sanctions,

At LLG we believe you deserve the whole package, and we will lobby for it accordingly.