As the working environment within local government continues to change with varying lockdown restrictions, councils are making decisions either to reopen offices or alternatively, continue with remote working for their employees. Tighter restrictions on workplaces and social distancing mean it can be hard to keep pace with the requirements.

In this webinar, we are joined by Lee Rogers and Dewi Ap-Thomas from Weightmans, to discuss the Health & Safety and employment issues which arise when staff return to the workplace, or continue to work remotely from home. We will be sharing how best to deal with these issues as they arise, as well as providing practical tips, along with a focus on changing terms & conditions and benefits, plus a discussion around redundancy. 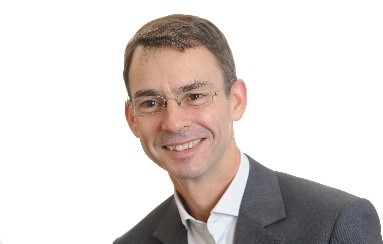 Many of you will be aware of the growing concern about some Regulations introduced by HM Treasury which would have the effect of reducing the benefits paid to long serving local government officers in the event they're made redundant.

Given the increased likelihood of redundancy in the sector the timing of this seems particularly pernicious. However, the concerns about the regs are wider than their unfairness and extend to their lawfulness both in the procedural and substantive sense.

Given the level of these concerns and LLG's interest in good governance in public bodies we have sought the advice of Nigel Giffin QC whom many of you will know as one of the leading Public Law QC's currently practising. Earlier this week I met with Nigel and he set out his initial views as to the lawfulness of the exit regulations and the draft pension regulations which have been issued by MHCLG. Nigel identified a number of procedural and substantive flaws which led him to conclude that there was a strong argument that they were unlawful.

In light of Nigel's advice and given the potential impact for a sizeable number of our members, we have decided to write to HM Treasury to set out our concerns about the process, drafting and substantive legality of the regulations in the hope that HMT and MHCLG will pause to reflect on the problems which will arise from these regulations if they are implemented as currently proposed. I must also acknowledge the support we have received from SOLACE and ALACE in seeking this advice and the indications of support we have received from CIPFA.

We have today issued a pre-action protocol letter to HM Treasury the content of which highlights the significant legal flaws in the proposed regulations and the process via which they have been brought thus far. I note that a number of other bodies including the BMA, GMB and Unison have issued pre-action letters and we are liaising with them in the interests of mutually beneficial collaboration.

Naturally, our preference is to resolve this matter without resorting to formal legal action and such a step would not be taken without full and careful consideration by the LLG Board. I will update members via the blog as and when there are further developments, but in the meantime please don't hesitate to contact LLG if you have any questions.