In December, the UK Department for Transport (‘DfT’) awarded three contracts for additional shipping freight capacity, required in the event of a no-deal Brexit, direct to providers without running an open EU competitive process. This article written by Emily Heard & Susie Smith of Bevan Brittan examines direct awards and the potential for challenge. 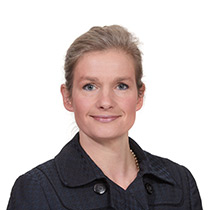 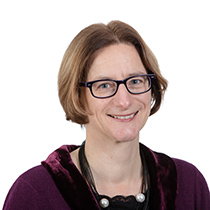 The contracts are for additional freight capacity on roll-on roll-off ferry services between England and France, Belgium, Netherlands and Germany, required "in order to minimise the potential disruption of trade across the Short Straits in the event that the UK leaves the EU without an agreement". In each case, the ferry services are to be operational by 29 March 2019.

The justification given by the DfT for direct award of the contracts is that these are cases of "extreme urgency". The contract award notices ('CANs') state, using the wording drawn from the public sector Directive 2014/24/EU, that "extreme urgency [was] brought about by events unforeseeable" for the contracting authority and "in accordance with the strict conditions stated in the directive."

The firms awarded contracts were DFDS A/S - Euro 47.29 million; Bretagne Angleterre Irlande SA - Euro 46.62 million; and Seaborne Freight (UK) Ltd - Euro 13.82 million. Most of the media focus has been on the award of the contract for services between England and Belgium to Seaborne Freight (UK) Ltd as the company itself is a relatively new start-up, which, it appears, is yet to charter the ferries necessary for delivery of the services.

The publication of the CANs raises questions about the circumstances under which direct award can be justified. The CANs explain that the situation of "extreme urgency" arises from the prospect of a no-deal Brexit, a combination of events and the anticipated response to those events of a range of entities, including:

The CANs justify the direct award as a case of extreme urgency, in compliance with the "strict conditions" stated in the Directive. The relevant provision is Article 32 on "use of the negotiated procedure without prior publication" in the Official Journal of the EU ('OJEU').

This provision, set out in our domestic legislation in the Public Contracts Regulations, outlines a number of circumstances where direct award (use of the negotiated procedure without prior publication) is permitted.

In circumstances of "extreme urgency", a number of conditions need to be satisfied and it is well established in the case law of the Court of Justice of the European Union ('CJEU') that the conditions will be narrowly interpreted.

The conditions that all need to be satisfied are:

There is therefore room for debate about the sufficiency of the reasons and explanations given by the DfT for satisfying the extreme urgency ground, and DfT may yet find itself at the end of a Court challenge. Remedies may include damages and potentially setting aside the contract.

Whist the ferry services contracts have attracted significant media attention, how to lawfully procure contingency arrangements for a no-deal Brexit must be a question relevant to many if not all other public bodies.

How do they enter into contingency contracts for an event that may not happen (a) without being challenged (b) ensuring value for money for the taxpayer (c) making best use of no doubt scarce resource?

The DfT's approach has been to file its CANs after the ferry contracts have been entered into. It is possible that it considered using a Voluntary Ex Ante Transparency ('VEAT') notice, making the market aware of its intention to enter into a proposed contact (and to then standstill for 10 days prior to concluding the contract) but decided against it on the basis that it could trigger a challenge and be potentially invalid in any event.

Either way, it remains the case that there is now a challenge period during which a disgruntled rival operator could bring a claim against the DfT in respect of the ferry contracts (and indeed it may be possible for an interested party to judicially review).

The time periods for doing so are however short, and it is quite possible that no further right to challenge will arise in respect of these contracts if and when they are fully implemented on or around March 29.

From a risk mitigation point of view, it may have been a careful strategic decision by the DfT to file its CANs (and start the time running for a challenge now) when it is not yet fully clear the extent to which it will actually need to implement these contracts. It is possible that the appetite from competitors to challenge in that situation may be dampened because some aspects of the performance of the contracts remain contingent.

Any operator wishing to challenge would therefore have to act quickly, and may find itself out of time to do so after 30 days from the publication date of the CANs on Christmas Eve. 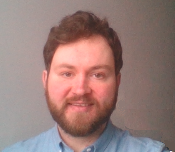